Specialist in plant pathology and researcher at Embrapa:

Dr. Wagner Bettiol and the biocontrol market in Brazil

Embrapa's researcher postulates that biological control tools will be able to eliminate chemical pesticides from the market as long as integrated pest management is carried out and plants adapt to such management.

With more than 50 million hectares using some form of biological crop control mechanism, Brazil has positioned itself among the countries with the highest use of bioinputs in the world. The result of a trend that continues to grow: all large Brazilian producers will be using microorganisms in the next ten years. This is according to Dr. Wagner Bettiol, specialist in plant pathology and researcher at the Brazilian Agricultural Research Corporation, Embrapa. Embrapa. 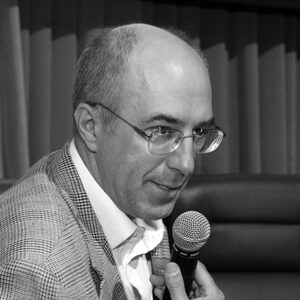 In a presentation with Redagrícola, Bettiol explained the basis on which biocontrol has been founded in the South American giant and the main trends that have accelerated this process in recent years. Under the title "Biocontrol in Brazil", his talk was part of the online series on Biostimulants and Biocontrol that Redagrícola organized in preparation for the 2° Congreso de Bioestimulantes y Biocontrol Latam, which was held in Lima on September 28 and 29.

Issues such as climate change or soil degradation are urgent matters and Bettiol proposes that the solution is a microbiological revolution. Embrapa estimates that all major Brazilian producers will be using microorganisms in the next ten years.

Within the current biological control measures, there is the augmentative biological control, which is what the agronomist's presentation dealt with. This mechanism is one in which organisms produced in large quantities are released or applied for the control of pests, diseases or weeds, being Trichoderma and Bacillus the most important microorganisms and with the largest number of registered products.

"Biological control can eliminate the use of chemical pesticides if we want and believe in it, but in combination with resistant plants and integrated pest management"

The specialist forecasts a promising future thanks to new tools that are being developed, such as the possibilities offered by the manipulation of the microbiome or the entry of prebiotic products and consortiums of microorganisms into the markets. "Biological control can eliminate the use of chemical pesticides if we want and believe in it, but in combination with resistant plants and integrated pest management," Bettiol assures.