Presentation by Dr. Enrique Monte, from the University of Salamanca and a global reference on the subject:

In his participation in Redagrícola's Biostimulants and Biocontrol Online Series, the renowned scientist reviews the evolution and mechanisms by which this fungus acts as a biocontroller or biostimulant depending on what the plant needs.

"How many times have we arrived at a restaurant and been told there's a waiting list, that we can't eat because there's no room? That's what happens with endophytism." This is how the Spanish scientist Dr. Enrique Monte explains how fungi such a Trichodermawork: they occupy space in the soil and prevent others that are more harmful to the plant from entering. 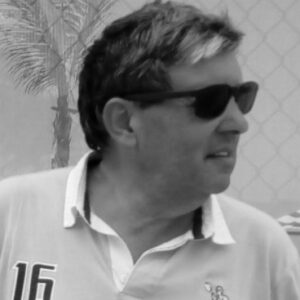 This is one of the qualities that make Trichoderma an effective plant promoter or biocontrol agent, becoming a microorganism of great value for agriculture. A very curious mechanism it has to perform biological control is endophytism, in which it occupies the places where pathogens could act, leaving them without space to attack.

Monte was one of the participants of the 3rd version of Redagrícola's Online Series on Biostimulants & Biocontrol, an event that served as preparation for the 2nd Congress on Biostimulants and Biocontrol that took place on September 28 and 29 at the Westin Hotel in Lima, Peru.

These online events were attended by several world and Latin American leaders in the field of bioinputs, such as the Belgian Dr. Patrick du Jardin, the American Dr. Patrick Brown, the German Nicolaus von Wirén, the Colombian Dr. Alba Marina Cotes and the Brazilian Wagner Bettiol.

Dr. Enrique Monte is a full professor in the Department of Microbiology and Genetics at the University of Salamanca, and a global reference in Trichoderma. He is listed in Stanford University's "World's Top 2% Scientists" ranking, which considers the most influential researchers in their field worldwide.

"How many times have we arrived at a restaurant and been told there's a waiting list, that we can't eat because there's no room? That's what happens with endophytism"

Review the presentation below, divided into six parts, where the professor delves into the properties that make this organism one of the most relevant partners for farmers in the search for better performance of their crops.

1.Characteristics and evolution of Trichoderma

Dr. Monte provides an historical review of the main characteristics of this anamorphic mitotic microorganism. He also gives an account of its evolution, from its origins to the mechanisms of action that it developed to adapt better and better to different environments.

2. Effects of Trichoderma on plants

Actualmente, Trichoderma is now known worldwide for three key interactions it performs with plants: direct biological control, indirect biological control and biostimulant. Dr. Monte explains each of these methods and emphasizes that biostimulant capacity is a trait spread throughout the genus and depends on the strain. He also highlights the importance of choosing the correct strain of the fungus according to the intended effect.

3. Why is Trichoderma a biocontrol agent?

As it evolved, Trichoderma began to capture hydrolytic enzymes from the fungi it parasitized in order to improve its own machinery, in a mechanism known as mycoparasitism. It also acts with enzymes that degrade the cell wall of the pathogens or inhibit their enzymes, confusing their mechanism of attack and preventing them from affecting the plant.

As a way of answering the initial question of his presentation, Dr. Monte refers to the biostimulant potential of the fungus. When there are no pathogens for Trichoderma to control, it begins to colonize the roots of the plant and helps it grow. The double benefit for the plant is that it does not have to use energy to defend itself, so it can use it for growth.

5. The curious case of systemic defense induced by Trichoderma

6. Examples of research studies and conclusions

To conclude, the professor exposes several examples of research where Trichoderma helps plants to adapt to different types of environmental stresses through different strategies. The responses generated by the fungus are undulating and, depending on the moment in which the plant's defenses are analyzed, it will be better to choose one or the other.